“I might be a bit smelly, but a job well done is its own reward!”
―Gordon

O, the Indignity! is a magazine story, illustrated using photographs from the CGI television series.

One day, Gordon arrives at the Sodor Steamworks where the Fat Controller tells him to look after the waste dump. At the dump, Spencer arrives and Gordon hides because he is so embarrassed. Later, Diesel arrives and Gordon hides again. Soon, the Fat Controller arrives on Thomas and Gordon is really embarrassed because he has not been a really useful engine. Scruff comes to help and they are soon sorting through the rubbish trucks. When Whiff returns, he is delighted; his waste dump has never looked tidier. Gordon is very proud too - he may be a bit smelly, but he has certainly been Really Useful. 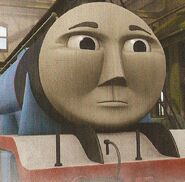 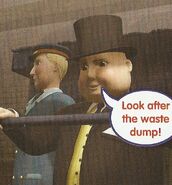 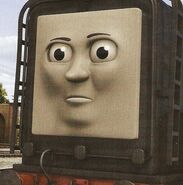 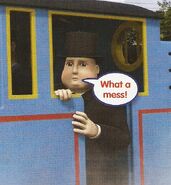 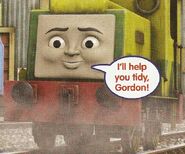 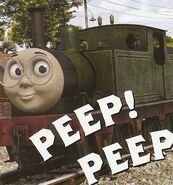 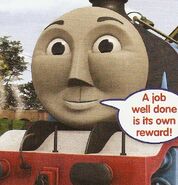 Add a photo to this gallery
Retrieved from "https://ttte.fandom.com/wiki/O,_the_Indignity!_(magazine_story)?oldid=1770378"
*Disclosure: Some of the links above are affiliate links, meaning, at no additional cost to you, Fandom will earn a commission if you click through and make a purchase. Community content is available under CC-BY-SA unless otherwise noted.