Thomas the Tank Engine
and Friends 16

One day, James is waiting at the station for Edward's train. James is cross because Edward is late again. When Edward arrives, he merely laughs at James' remark. James is still in a bad mood that evening. He calls Edward "old iron" and slow, which annoys Thomas and Percy. They believe that Edward could beat James in a race any day, though James does not think so.

The next morning, James' driver is taken ill so his fireman uncouples James for shunting. Then the signalman calls out; James is puffing away down the line without a driver. Hastily, the signalman halts all traffic and then tells the fireman what had happened. Two boys had been fiddling about with James' controls. They tumbled off and ran when James started. The signalman goes on to tell the fireman that the inspector is coming and wants a shunter's pole and a coil of wire rope.

The fireman is ready with the shunter's pole and wire rope when the inspector arrives on Edward, who is determined to catch up with James. Meanwhile, James is laughing as he rolls quickly along the line. Once he realises that he has no driver, he begins to panic and call for help. Edward is panting up behind James with every ounce of steam he has. At last the two locomotives are neck-and-neck. The inspector stands on Edward's bufferbeam, holding a noose of rope in the crook of the pole. He is trying to hook it over James' buffer as the two engines sway and lurch. At last, the inspector succeeds and the driver breaks gently to allow James' fireman to scramble across and take control of the runaway engine.

James apologises to Edward about what he had said earlier and thanks him for saving him. The Fat Controller tells Edward that he is proud of him. As a reward, the Fat Controller sends Edward to the Works to have his worn parts mended. Edward is very happy. 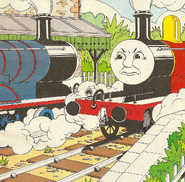 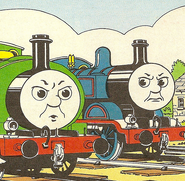 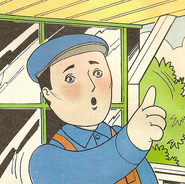 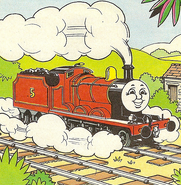 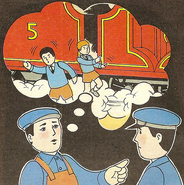 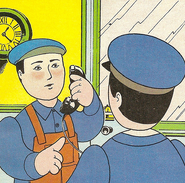 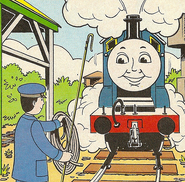 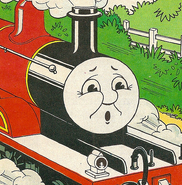 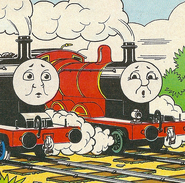 Add a photo to this gallery
Retrieved from "https://ttte.fandom.com/wiki/Old_Iron_(magazine_story)?oldid=1867101"
*Disclosure: Some of the links above are affiliate links, meaning, at no additional cost to you, Fandom will earn a commission if you click through and make a purchase. Community content is available under CC-BY-SA unless otherwise noted.