On the Go with Thomas

On the Go with Thomas

On the Go with Thomas is a UK DVD featuring seven twenty-first series episodes.

The Engines of Sodor are on the GO!

When James learns that Rosie has been repainted red, he boasts that he is the fastest red engine on Sodor and challenges her to a race. When his brakes fail, sending him crashing through Tidmouth Sheds, James learns that even the fastest engines must listen to their friends. Meanwhile, Millie's tensions are sent puffing high, Hannah races recklessly and chaos ensues when Dowager Hatt takes charge. The Fat Controller causes confusion and delay with a new P.A. system and Thomas veers off schedule. With unexpected antics around every bend, there's never a dull day on Sodor! 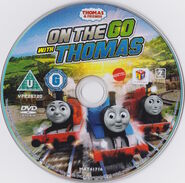 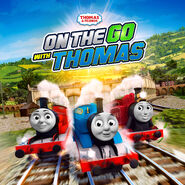