Thomas the Tank Engine Wikia
Register
Don't have an account?
Sign In
Advertisement
in: US TV channels, TV Channels, Organisations

6th September, 1999
PBS Kids (previously known as PTV Park, or simply PTV) is an American digital broadcast and online television network, as well as a programming block on PBS.

The programming block began airing Thomas & Friends in the form of Shining Time Station in 1989 until its cancellation. Following a deal with HiT Entertainment, Thomas & Friends later returned to PBS Kids on 5th September 2004 airing on Sundays. While the show was originally only on Sundays, the show was moved to air weekdays on the PBS Kids Go block on some stations in 2012. The show had its PBS prints updated on 8th June 2013 to accommodate a few changes made to the block. In October 2013, the show was moved to a daily schedule on all stations instead of only on Sundays, the show also got a page on the PBS Kids website around this time. Starting in December 2017, Mattel announced they would revoke PBS' broadcasting rights to air Thomas & Friends, resulting in most PBS stations dropping the show after 31st December 2017, though a few are known to air it until 10th January 2018, when PBS' rights were entirely lost. The Thomas & Friends page on the PBS Kids website was also removed shortly after broadcasting rights were lost, with Journey Beyond Sodor being the the last special to air on PBS before the discontinuation of the show on PBS Kids. Around the time the rights to show Thomas on PBS ended, Nickelodeon and Nick Jr. aired the show in the US for a limited time in December 2017 and full time from 12th March 2018 until 30th December 2019, when Nickelodeon lost the rights to air the series, Pinkalicious & Peterrific replaces it on February 19, 2018. Since Nickelodeon lost the rights to air the show, the original series no longer airs in the US, though a reboot, Thomas & Friends: All Engines Go! does air on Cartoon Network/Cartoonito in the US since 13th September 2021.

To-do: add the Dot version of the logo as well as production logos seen after Thomas & Friends. 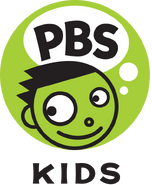 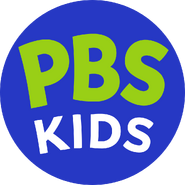 Thomas & Friends is made possible in part by...

And by contributions to your PBS station from viewers like you.

PBS Kids Promo- Thomas & Friends (2013 KQED+)
2013 promo for the show on KQED. Credit to TheCArchive on YouTube for uploading it.

Wooden Railway cargo car
*Disclosure: Some of the links above are affiliate links, meaning, at no additional cost to you, Fandom will earn a commission if you click through and make a purchase. Community content is available under CC-BY-SA unless otherwise noted.
Advertisement