One morning, Molly is feeling very pleased; she is given the post train to pull. Percy is upset, but the Fat Controller explains that she must learn how to do it in case Percy ever has to go to the Works. On the way to the Works, Percy passes Tom Tipper in his mail van. This makes Percy even more upset; he has to collect trucks in the countryside. Meanwhile, Tom Tipper is driving along some country lanes when the van's motor makes an odd noise before it breaks down completely. Then Percy rolls along and using a crane truck he has just collected, he is able to lift the broken van onto a flatbed. The Fat Controller is pleased - Percy has saved the post. 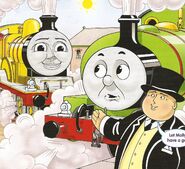 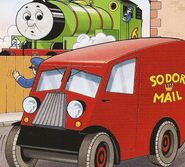 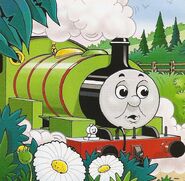 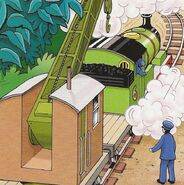 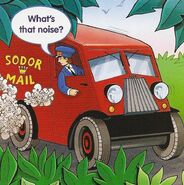 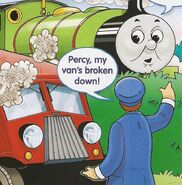 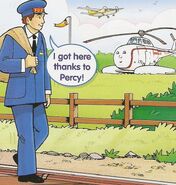 Add a photo to this gallery
Retrieved from "https://ttte.fandom.com/wiki/Percy%27s_Post!?oldid=1732587"
*Disclosure: Some of the links above are affiliate links, meaning, at no additional cost to you, Fandom will earn a commission if you click through and make a purchase. Community content is available under CC-BY-SA unless otherwise noted.