Thomas the Tank Engine
and Friends 28

Percy Gets Jammed is a magazine story.

Percy is shunting trucks in the yards. The stationmaster comes running towards him and tells Percy's driver that James' brakes have jammed as he was taking a truck of fruit to market. Percy laughs at James' misfortune but James is not happy. There is no time to turn Percy around so he has to push the truck. But the buffers come into view as Percy is still giggling about James' jammed brakes. The truck smashes into the buffers, splits open and fruit goes everywhere. The Fat Controller is very cross with Percy. James thinks it serves Percy right for being cheeky and Percy knows that James is right. 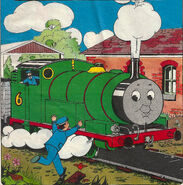 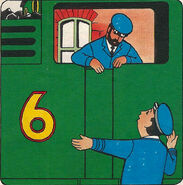 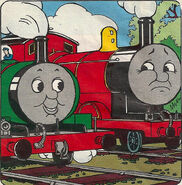 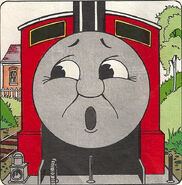 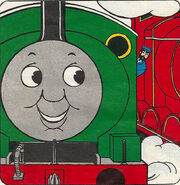 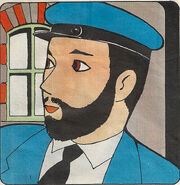 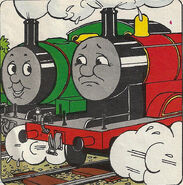 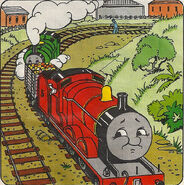 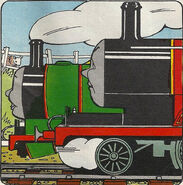 Add a photo to this gallery
Retrieved from "https://ttte.fandom.com/wiki/Percy_Gets_Jammed?oldid=1940439"
*Disclosure: Some of the links above are affiliate links, meaning, at no additional cost to you, Fandom will earn a commission if you click through and make a purchase. Community content is available under CC-BY-SA unless otherwise noted.