“Show a wheel!”
―The inspector to James[src]

Percy and the Signal

Thomas the Tank Engine
and Friends 17

Percy and the Signal is a magazine story.

Percy works in the yard and loves playing jokes on the other engines, but sometimes they can land him in trouble. One day, he tricks Gordon into thinking his train is ready and then tells James to stay in the shed as the Fat Controller is coming to see him. It was only when an inspector arrived and told the red engine that the Fat Controller is away when James realised he had been tricked.

One day, James and Gordon decide to play a trick on Percy. Gordon tricks Percy into believing there are such things as "backing signals". Percy claims to know everything about signals and puffs away, a little worried.

It is not long before he reached a signal set at "danger". The signal moves to show "line clear", but its arm moves up instead of down. Percy had never seen a signal like that before and concludes that it must be a "backing signal". Percy begins to reverse as Gordon approaches, laughing; he had seen everything. Percy, however, does not find it very funny. 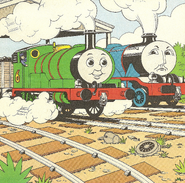 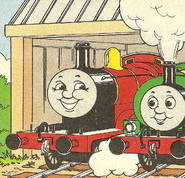 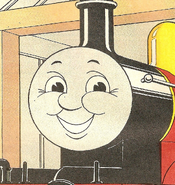 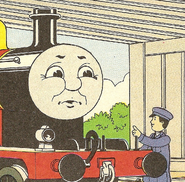 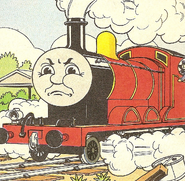 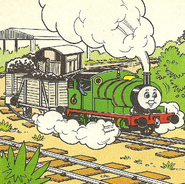 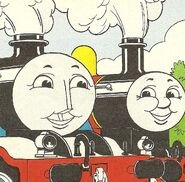 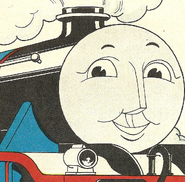 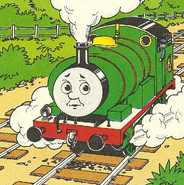 Add a photo to this gallery
Retrieved from "https://ttte.fandom.com/wiki/Percy_and_the_Signal_(magazine_story)?oldid=1663118"
*Disclosure: Some of the links above are affiliate links, meaning, at no additional cost to you, Fandom will earn a commission if you click through and make a purchase. Community content is available under CC-BY-SA unless otherwise noted.