Police cars are driven by policemen and are used on patrol. They appeared in various magazines stories and later the television series. 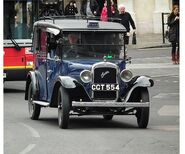 The police cars are painted either purple or blue with 'POLICE' and two stripes painted on the sides in white. They have blue sirens on top of them. 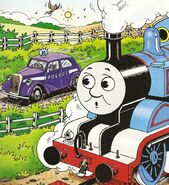 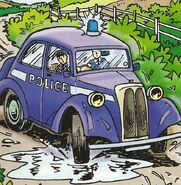 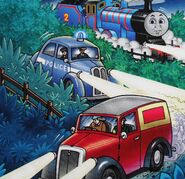 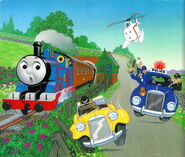 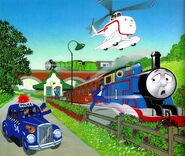 Add a photo to this gallery
Non-rail vehicles
* RWS only | ** T&F only | *** Other Media only
Retrieved from "https://ttte.fandom.com/wiki/Police_Cars?oldid=1813031"
*Disclosure: Some of the links above are affiliate links, meaning, at no additional cost to you, Fandom will earn a commission if you click through and make a purchase. Community content is available under CC-BY-SA unless otherwise noted.