Potty Parrot! is a magazine story.

One day, Thomas sees his driver bring a bright green and red bird on board. The driver tells Thomas that Fred the parrot is going to be their special passenger for the day. They are to take Fred to the children's zoo on the far side of the island. He also tells Thomas that he might hear the parrot talk. Suddenly, the passengers hear someone shout "all aboard" so they board the train, but it is the wrong one. The guard wonders who told them to get on the wrong train, until he sees Fred in the guard's van. He realises that the parrot must have made the announcement.

Later, Thomas stops at a small country station, miles from anywhere. The passengers are told to change trains, even though most of them do not even know where they are. The guard feels very silly, knowing that it is the parrot again. The guard concludes that the parrot must have picked up all the railway terminology from being kept at the main station.

Towards the end of the trip, Thomas hears his driver telling him to go faster. Thomas is pleased and speeds up, but the passengers become increasingly alarmed by Thomas' speed and the driver has to slow him down. The driver tells Thomas that it was the parrot who told him to speed up; Fred has learnt how to mimic the driver's voice.

Later, Thomas and his driver get a shock. The Fat Controller had told them to do something special and now, after all of the confusion, they have forgotten it. Just then, Fred saves the day and, in the Fat Controller's voice, he tells Thomas and the driver to not forget the parcel. Then, Thomas and the driver remember that they have to pick up a surprise package from the harbour for Lady Hatt. Thomas and his driver are very pleased with Fred now.

They take Fred to his new home at the children's zoo. Thomas is very sorry to see the talkative parrot go. As Thomas leaves, he hears Fred call out with all of his newly-learnt railway terminology. 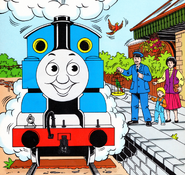 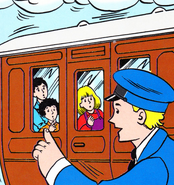 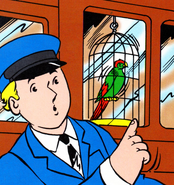 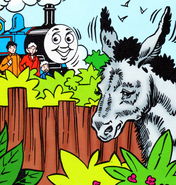 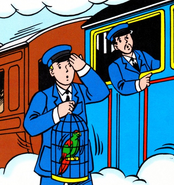 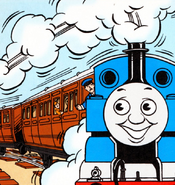 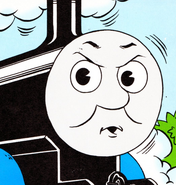 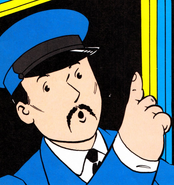 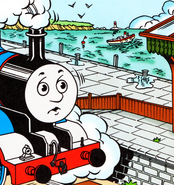 Add a photo to this gallery
Retrieved from "https://ttte.fandom.com/wiki/Potty_Parrot!?oldid=1237811"
Community content is available under CC-BY-SA unless otherwise noted.