“Steamies are just as fast-thinking as diesels!"
"So we're equal! The score's one all!”
―James and the Diesel

Proud Puffers is a magazine story.

James has taken a Football Special to a station, and the Fat Controller and his grandchildren are delighted that their team won and they got a signed football. But James wheeshes, causing Stephen to drop the ball. Luckily The Diesel arrives and stops the ball from falling onto the tracks. Soon, however, the Diesels start boasting about their superiority. The steam engines are cross, but James soon has the last laugh when an idea saves a delayed train, and he has bragging rights again. 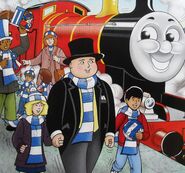 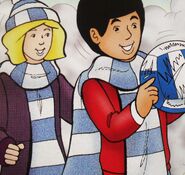 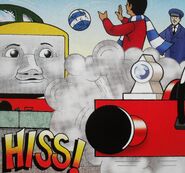 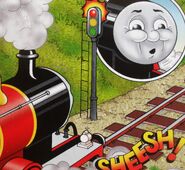 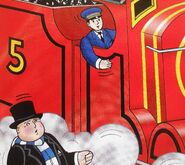 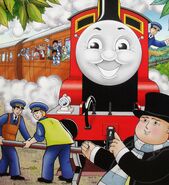 Add a photo to this gallery
Retrieved from "https://ttte.fandom.com/wiki/Proud_Puffers?oldid=1732230"
*Disclosure: Some of the links above are affiliate links, meaning, at no additional cost to you, Fandom will earn a commission if you click through and make a purchase. Community content is available under CC-BY-SA unless otherwise noted.