“Those sooty pots puff out smoke from coal, just like I do!”
―Thomas talking about the chimney-pots

Thomas the Tank Engine and Friends 167

When a chimney-sweep cycles up to the main station one morning, the engines are surprised. Henry wonders if he has come to sweep their funnels, but Gordon knows that if engines need servicing they go to the Works. Meanwhile, the sweep unties some poles and a brush from his bike and carries them into the yard. Percy hopes Gordon is right as he thinks a brush in his funnel would be sure to make him sneeze. The chimney-sweep meets with the Fat Controller who orders all the station waiting-rooms on Thomas' branch line must have their chimneys swept.

Thomas is coupled up to Annie and they set off with the sweep. Thomas feels important to be given such an important job, but it is a slow process. Visiting each station in turn, Thomas watches the long brush pop out of each chimney. His driver says it is supposed to bring good luck. The tall chimney-pots remind Thomas of an engine funnel.

The work goes well until one chimney-pot is loose and breaks away from its chimney. The pot crashes onto the track, startling Thomas. Luckily, no-one is hurt.

Later, at the main station, the Fat Controller orders a new chimney-pot, but is told that it will not be ready for a fortnight. The Fat Controller is concerned; the weather is getting colder and the passengers need a fire to keep warm.

The next morning, a chilly wind blows around Sodor. By chance, Thomas is sent to the Works to have his wheels oiled. He spies an old engine funnel on a bench and learns that it is no longer needed. Later, Thomas speaks to the Fat Controller about it. He thinks Thomas has come up with a really good idea.

Soon, Thomas takes the funnel and some workmen to the station where the chimney-pot had broken. The men fit the funnel to the top of the chimney so a welcome coal-fire can be lit in the station waiting-room, much to the passengers' delight. 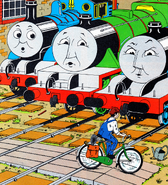 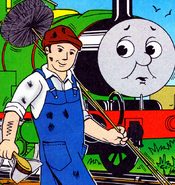 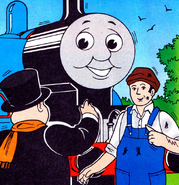 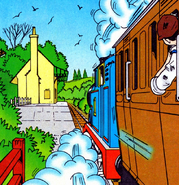 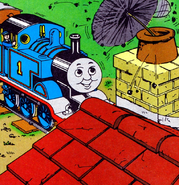 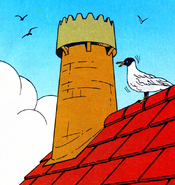 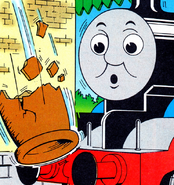 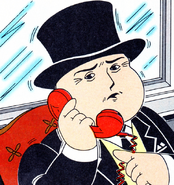 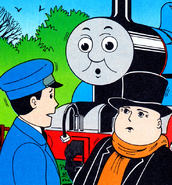 Add a photo to this gallery
Retrieved from "https://ttte.fandom.com/wiki/Puffing_Pots!?oldid=1770405"
*Disclosure: Some of the links above are affiliate links, meaning, at no additional cost to you, Fandom will earn a commission if you click through and make a purchase. Community content is available under CC-BY-SA unless otherwise noted.