Harold the helicopter is often patrolling the skies above the little railway. One day, he rescues a couple of stranded hikers and tells Rusty when they meet. Harold does not think Rusty is very useful at all. That night, a storm rages across the Skarloey Railway. In the morning, there is a lot of damage for Rusty to put right. Then he notices that the pleasure boat has sunken in the lake. Harold cannot lift it out because it is too heavy but Rusty tows it to the shore where a crane lifts it onto a lorry. Harold does not think Rusty is useless now. 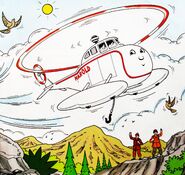 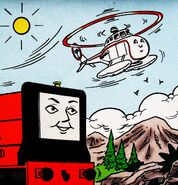 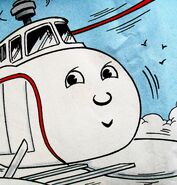 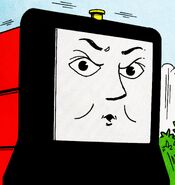 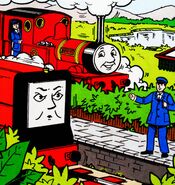 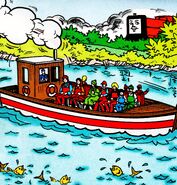 Rusty and the pleasure boat 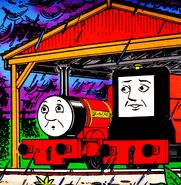 Rheneas and Rusty watch the storm 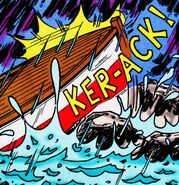 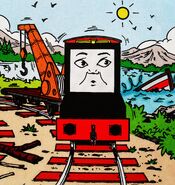 Add a photo to this gallery
Retrieved from "https://ttte.fandom.com/wiki/Really_Useful_Rusty!?oldid=1236704"
Community content is available under CC-BY-SA unless otherwise noted.