“Imagine our very own Fat Controller taking a visitor around in a helicopter!"
"I know. Why it's...it's...disgraceful!"
"It's an insult. Important people should travel by rail!”
―James, Gordon and Daisy

Rumours and Speculation is a magazine story. It continues the story from An Important Visitor, which further continues in Too Many Trucks.

An important visitor has arrived on Sodor and the Fat Controller is showing him around the island on Harold. This upsets all of the engines who think it is an insult for the controller of a railway to show an important visitor the island from a helicopter. They decide if they are not told the reason behind this action, they will find out for themselves.

As Gordon is pulling the express along, he notices Harold overhead and thinks he knows what the important visitor is doing. The driver increases Gordon's speed; they think the inspector is monitoring their speed. However, as they begin the speed up, Harold has vanished.

A bit later on, Percy spots Harold hovering over farms and decides that the visitor must be counting cows. In the afternoon, James is pulling trucks along a branch line when he sees Harold on a big hill. James is sure the very important visitor is a mountain climber.

James shares his theory later that night in the engine sheds. This starts a large argument between all of the engines. Every engine has their own opinion on what the important visitor is up to. BoCo tries to end the quarrelling by stating that all of the opinions are merely rumours and speculation, but the engines take no notice of him.

It is not until the Fat Controller arrives that the engines finally fall silent. Percy asks if they can know who the important visitor was. The Fat Controller explains that the man is Mr. Walsh who has come to plan a new tunnel. James thinks he should have known all along, but BoCo insists that James only knew rumours and speculations. 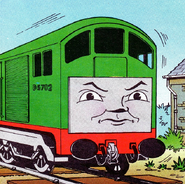 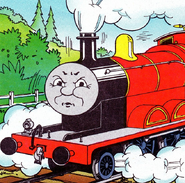 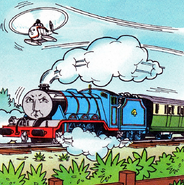 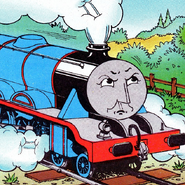 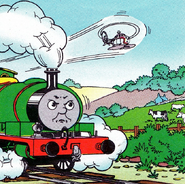 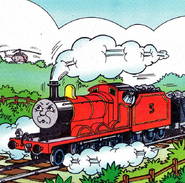 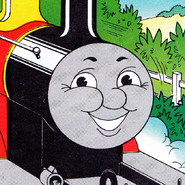 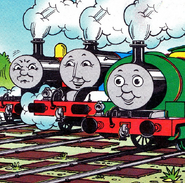 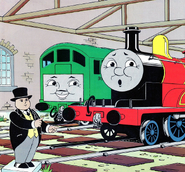 The Fat Controller, BoCo and James
Polski
*Disclosure: Some of the links above are affiliate links, meaning, at no additional cost to you, Fandom will earn a commission if you click through and make a purchase. Community content is available under CC-BY-SA unless otherwise noted.
Advertisement