“It looks like you're a bit of a scaredy cat, too!”
―Thomas[src]

Scaredy Cat is a magazine story.

One night, Thomas is puffing back to the yard in the dark. Suddenly he sees a strange shadow and bumps into Diesel, who is still busy shunting coal trucks. Thomas then sees that the shadow was only the stationmaster's cat. Devious Diesel laughs and tells all the other engines the next day. Sir Topham Hatt then tells the pair that they have to work late again. This time, they are delivering animal feed to the wildlife park. The engines soon spot another scary shadow - this time it is a big cat and Diesel races away to hide. He leaves in such a hurry, the feed spills everywhere. The noise makes the cat run off as well. The ranger shouts after the cat, who then explains that she is an elderly cheetah named Cleo and she is more scared of the engines than they are of her. Now, it is Diesel's turn to feel silly. 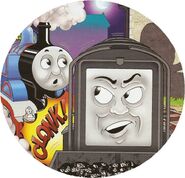 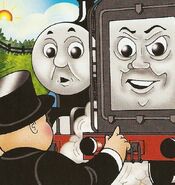 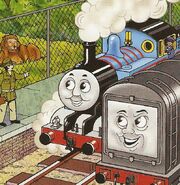 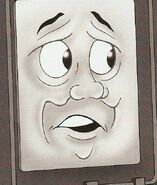 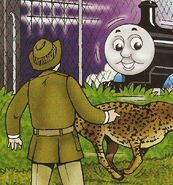 Add a photo to this gallery
Retrieved from "https://ttte.fandom.com/wiki/Scaredy_Cat?oldid=1681738"
Community content is available under CC-BY-SA unless otherwise noted.