The sixteenth series of Thomas & Friends first aired on television in February and March 2012 in the UK and between April and September in the US. The twentieth episode did not air in the UK until Christmas Day 2012.

(Note: * means that an episode has not been released on DVD in the US, but it was released on digital download).

When Series 16 aired on PBS Kids in the US and Nick Jr. in the UK and Ireland, each broadcast aired two episodes and a song while the US airings includes a Down at the Station segment.

If a Job's Worth Doing

Fun on the Farm

A Friend in Need 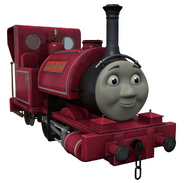 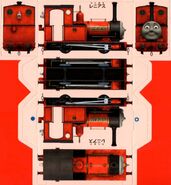 Deutsch Español עברית 日本語 Norsk Polski Русский 中文
*Disclosure: Some of the links above are affiliate links, meaning, at no additional cost to you, Fandom will earn a commission if you click through and make a purchase. Community content is available under CC-BY-SA unless otherwise noted.
Advertisement