She was the script editor of the ninth, tenth and eleventh series of Thomas & Friends. Miller subsequently became the head writer for the series, starting with the twelfth series, and served as creative producer from Hero of the Rails, up until the fourteenth series. Additionally, Miller worked alongside Jo Jordan during the same series and Misty Island Rescue, and has served as voice director since then. In 2011, Miller stepped down as the head writer and was succeeded by Andrew Brenner. She no longer writes for the series, but remains in her role as voice director. She also provided the voice of Elizabeth II in Thomas and the Royal Engine.

She has also written for "Bob the Builder", "Mike the Knight", and "Lily's Driftwood Bay". She also currently voice directs and writes for "Wissper". 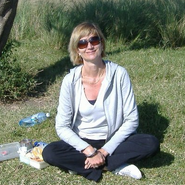 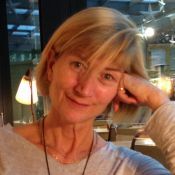 Sharon Miller during production of Big World! Big Adventures!
Add a photo to this gallery

Retrieved from "https://ttte.fandom.com/wiki/Sharon_Miller?oldid=1863424"
*Disclosure: Some of the links above are affiliate links, meaning, at no additional cost to you, Fandom will earn a commission if you click through and make a purchase. Community content is available under CC-BY-SA unless otherwise noted.