“Thanks to you, dozy brakes, I'm colder than ever!”
―Henry to Percy

Shivers in the Sheds

Shivers in the Sheds is a magazine story.

Late one afternoon, Thomas chuffs into a station where a new food kiosk has been built. There is music and a big banner that reads "GRAND OPENING". Thomas' job is to take all the guests home. In the sheds that night, Thomas tells a jealous Henry about the new kiosk. Henry then complains that the engines need new things, too, not the least of which are new shed doors because the current ones are in a terrible state. The following evening, Percy and his driver are carelessly reversing into the sheds after a hard day's work. What they do not see is that the door to Percy's berth is shut! Percy plans to stop just in front of the shed, but both he and the driver misjudge the distance and plough straight through the door! That night, Henry is furious as he has to sleep in the drafty open shed!

The following morning, the cold engines are in a bad mood. But while they are working, The Fat Controller arranges for carpenters to make new doors for the shed. Later, all the engines get a lovely surprise when they return to their warm shed! Percy had done everyone a favour in the long run! 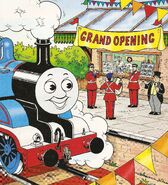 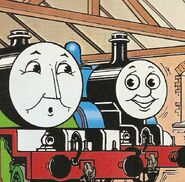 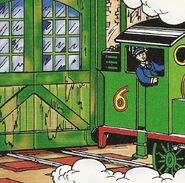 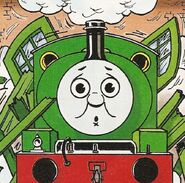 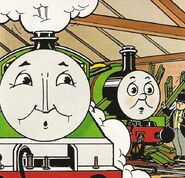 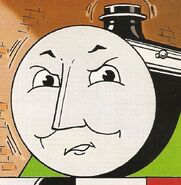 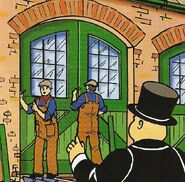 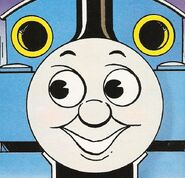 Add a photo to this gallery
Retrieved from "https://ttte.fandom.com/wiki/Shivers_in_the_Sheds?oldid=1663296"
*Disclosure: Some of the links above are affiliate links, meaning, at no additional cost to you, Fandom will earn a commission if you click through and make a purchase. Community content is available under CC-BY-SA unless otherwise noted.