Thomas and the Magic Railroad
Shout! Factory is an American home video and music company founded in 2002. It is well known for distributing various TV shows and films of the past on DVD including those from Nickelodeon and DiC Entertainment.

They distributed the US Blu-ray/DVD Combo release of Thomas and the Magic Railroad in 2020 under their Shout! Kids label to celebrate the film's 20th anniversary, under license by Sony Pictures Home Entertainment. It was initially set to be released on 9 June 2020, but was delayed. On 15 July 2020, a day after the original release for the movie in the UK, Britt Allcroft announced on her Facebook page the official press release, stating that the Blu-ray will be released on 29 September 2020.[1] The release features new interviews with the cast and crew, "The Making of Thomas and the Magic Railroad" featurette previously only available on the German DVD release, and deleted scenes that include, for the first time, the entire deleted P.T. Boomer storyline.

It is currently unknown if the Blu-Ray/DVD Combo Set of the film will be released worldwide by another distributor, as Shout! only has the North America rights. 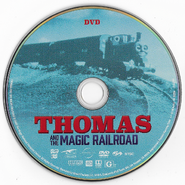 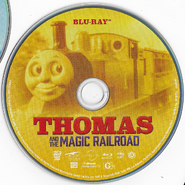 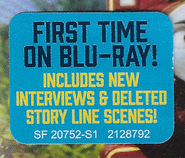 Promotional Sticker
Add a photo to this gallery

Thomas and the Magic Railroad Shout! Factory Kids Trailer
Add a photo to this gallery

Retrieved from "https://ttte.fandom.com/wiki/Shout!_Factory?oldid=1903061"
*Disclosure: Some of the links above are affiliate links, meaning, at no additional cost to you, Fandom will earn a commission if you click through and make a purchase. Community content is available under CC-BY-SA unless otherwise noted.