Snow Engine is a magazine story, it was illustrated by using photographs from the television series.

One winter's day, Duck and Oliver are asked to deliver passengers and goods to the mountain village because the surrounding roads are cut off by deep snow. As they chuff towards the village, they see children making a huge snowman. The Fat Controller then orders Duck and Oliver to make one last delivery. The rails are getting icy and Oliver skids off the rails and into the snowman. 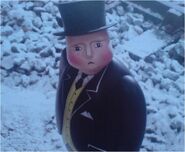 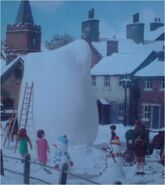 Add a photo to this gallery
Retrieved from "https://ttte.fandom.com/wiki/Snow_Engine_(magazine_story)?oldid=1608007"
Community content is available under CC-BY-SA unless otherwise noted.