One winter's evening, the engines were shivering in their shed. It was too cold to work. Gordon especially wanted to stay in the sheds, but he had to pick up coal from the docks.

Gordon set off and was soon struggling up his hill, with the wind blowing snow in his face. As he pushed through the snow, a snowball started to form. It got bigger and bigger until Gordon could barely see over it. Thomas was climbing up the other side of the hill. He gasped when he saw the snowball; he had nowhere to go as it got closer and closer until it hit and derailed him. Gordon felt terrible.

Gordon raced to the docks where he found Rocky. Soon Thomas was put back onto the tracks. Gordon concludes that snow can be strong and soft, but friendships are even stronger. Together, the two friends return to the warm engine sheds. 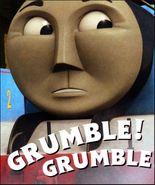 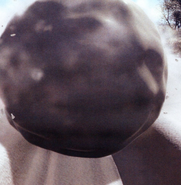 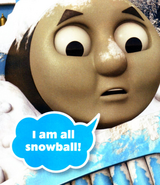 Add a photo to this gallery
Retrieved from "https://ttte.fandom.com/wiki/Snow_Tracks_(2011_magazine_story)?oldid=1697700"
*Disclosure: Some of the links above are affiliate links, meaning, at no additional cost to you, Fandom will earn a commission if you click through and make a purchase. Community content is available under CC-BY-SA unless otherwise noted.