Sodor is a cruise liner that was launched from the Docks by the Mayor of Sodor in 2007. Gordon, who was present at the launch, felt it was a great privilege to watch the ship being launched.

Only the hull was seen in the story and it was coloured grey and red. 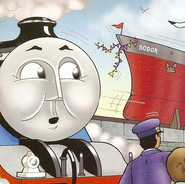 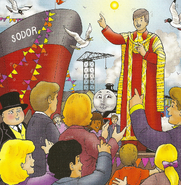 Add a photo to this gallery
Non-rail vehicles
* RWS only | ** T&F only | *** Other Media only
Retrieved from "https://ttte.fandom.com/wiki/Sodor_(ship)?oldid=1619355"
*Disclosure: Some of the links above are affiliate links, meaning, at no additional cost to you, Fandom will earn a commission if you click through and make a purchase. Community content is available under CC-BY-SA unless otherwise noted.