Sparkling Sky is a magazine story.

There is to be a grand fireworks display on Sodor and Henry has been very busy collecting fireworks from the factory. Then, Henry sets off for Wellsworth Park where the display is to take place. Henry is worried about a spark from his funnel setting the fireworks alight. His driver assures him that the fireworks are fine in a secure metal box inside the wagon.

Soon, Henry has delivered the fireworks safely and is immensely looking forward to seeing the display. Then, the Fat Controller tells Henry that he must take some logs to the sawmill. The Fat Controller tells Henry that he should be back in time to view the display. Henry is sure he will as he couples up to his log flatbed and races towards the forest.

Henry arrives at the forest in record time. The timber is soon lifted onto Henry's log flatbed and Henry hurtles off towards the sawmill. At the sawmill, the logs are quickly unloaded and Henry is soon on his way again. During his journey, Henry spots a bright light in the sky. Henry thinks he is missing the fireworks, but soon realises that the light is out at sea. Henry is puzzled and decides it is best to alert Harold. At the airfield, Harold decides it must be an emergency and whirs into action.

Out at sea, Harold's spotlight soon shines over a boat with a broken mast. The crew wave to Harold who is able to rescue them. On his way, Harold hovers above Henry and congratulates him for spotting the boats emergency flare. Henry is pleased that it had just been a flare and he had not missed the fireworks.

Henry arrives at Wellsworth Park with minutes to spare. Soon, the sky was lit up with all kinds of bright fireworks. Henry is very pleased when he spots a green one. 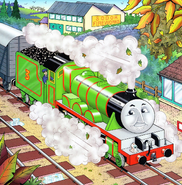 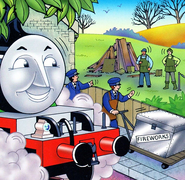 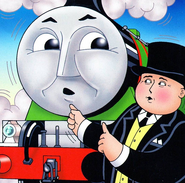 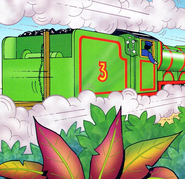 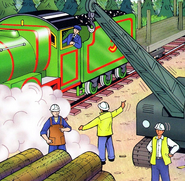 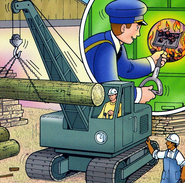 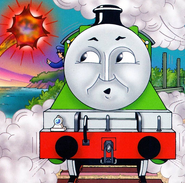 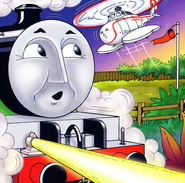 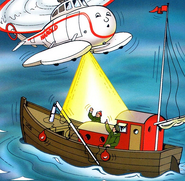 Add a photo to this gallery
Retrieved from "https://ttte.fandom.com/wiki/Sparkling_Sky?oldid=825792"
Community content is available under CC-BY-SA unless otherwise noted.