Spencer, re-titled Spencer the Express Engine in 2011 and Edward takes the Lead in 2015, is the thirtieth book in the My Thomas Story Library series.

Spencer arrives with the Duke and Duchess for a tour of Sodor, but soon ends up stuck on Gordon's Hill and has to be rescued by Gordon. Later, Spencer boasts about being fast and soon races Edward, only to lose the race after falling asleep. 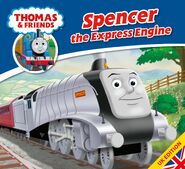 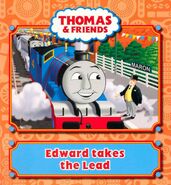 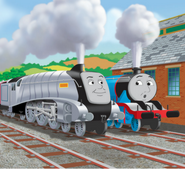 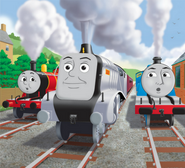 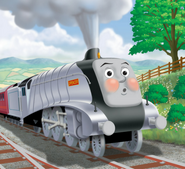 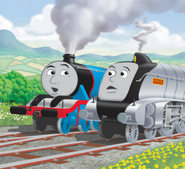 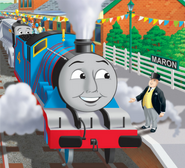 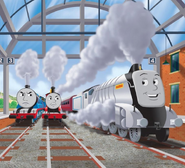 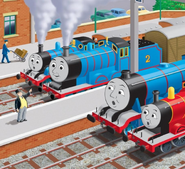 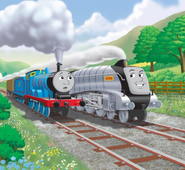 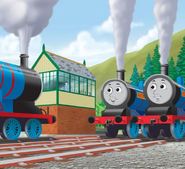 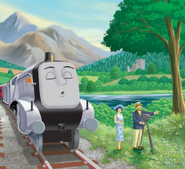 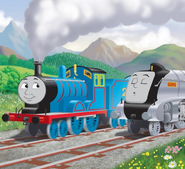 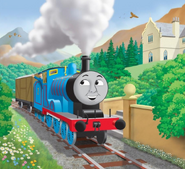 Add a photo to this gallery
Retrieved from "https://ttte.fandom.com/wiki/Spencer_(Story_Library_Book)?oldid=1663364"
*Disclosure: Some of the links above are affiliate links, meaning, at no additional cost to you, Fandom will earn a commission if you click through and make a purchase. Community content is available under CC-BY-SA unless otherwise noted.