Thomas the Tank Engine Wikia
Register
Don't have an account?
Sign In
Advertisement
in: Organisations, US VHS/DVD releases, VHS

Strand Home Video was a video label, owned by Video Collection International, which distributed Thomas the Tank Engine & Friends VHS releases in the US in the early 1990's. In early 1994, the company was acquired by and folded into Video Treasures, though releases continued to use Strand's logo, likely because the tape masters were edited and copyrighted in 1993. As they were a VCI subsidiary, their logo was near identical to that of VCI's. 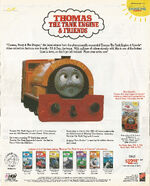 Thomas, Percy and the Dragon Advertisement 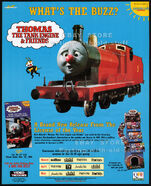 (NOTE: This was only VHS to use the Strand VCI logo instead of the Strand Home Video logo.) 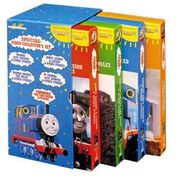 Volumes 1-9 on sale at Blockbuster Video
*Disclosure: Some of the links above are affiliate links, meaning, at no additional cost to you, Fandom will earn a commission if you click through and make a purchase. Community content is available under CC-BY-SA unless otherwise noted.