Surprise Visitor, republished in 2012 and 2014 as City of Truro, is a magazine story.

Duck is envious because nobody comes to the Island of Sodor to see him, like they do to see Thomas. Duck wants to be alone, but a special visitor is returning to the Island. The special visitor roars through the station where Sir Topham is waiting to greet him, because the special GWR engine wants to see someone special. It is Duck's very special friend, City of Truro. Now Duck is no longer envious. 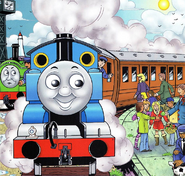 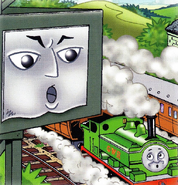 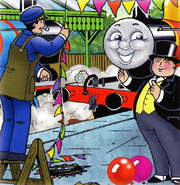 Add a photo to this gallery
Retrieved from "https://ttte.fandom.com/wiki/Surprise_Visitor_(2007)?oldid=1558230"
Community content is available under CC-BY-SA unless otherwise noted.