Team Up With Thomas

It's the hottest day of the year on Sodor and the blistering heat is causing the tracks to buckle and bend. Flynn and Belle Team Up to put out a fire caused by a glass bottle and Thomas has an idea to stop the tracks buckling. Meanwhile, James' passengers prove that no one likes a show off, strong-willed Daisy becomes star of the show and Connor slows right down. Danger blows in for Skiff during a terrible storm, the Miniature Engines get their chance to prove how "woolly" useful they are and, at the building site, there's much mucking about with Max and Monty! 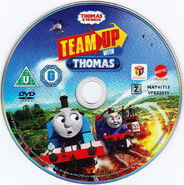 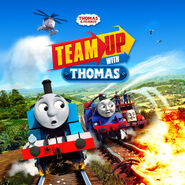 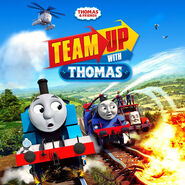 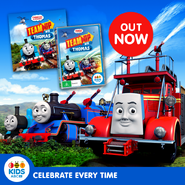 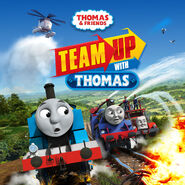 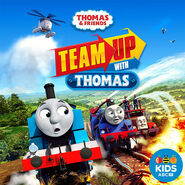 Dutch DVD
Add a photo to this gallery

Bonus features
Add a photo to this gallery
Retrieved from "https://ttte.fandom.com/wiki/Team_Up_With_Thomas_(UK_DVD)?oldid=1883291"
*Disclosure: Some of the links above are affiliate links, meaning, at no additional cost to you, Fandom will earn a commission if you click through and make a purchase. Community content is available under CC-BY-SA unless otherwise noted.