Thomas the Tank Engine
and Friends 78

The Backlog is a magazine story.

Lots of visitors have come from all over the mainland for the big harvest festival on the Island of Sodor. It is a very busy week for the Fat Controller's engines with the extra work. But to make matters worse Henry and BoCo are both at the works being repaired and the Fat Controller has to change the timetables. Percy and James are asked to stop their shunting and work for the time being, so they can pull passenger trains. While the engines are busy the trucks are left behind in the yards with their goods awaiting delivery. At the end of the week, the Fat Controller realises the problem and tells his engines about the backlog of goods trains. He gave the engines their instructions. Percy and James are sent back to shunt trucks, much to James' disappointment! As one goods train is ready, an engine is there to pull it through the night. Even engine like Gordon helps out with the work. The variety of goods are delivered at all various locations through the night of Sodor. By sunrise all the goods were delivered. The Fat Controller came to the sheds to congratulate his engines, all except Thomas. However he arrives back after delivering the post train. The Fat Controller is very proud of his engines with their hard work. 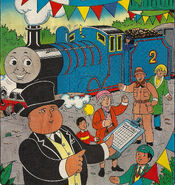 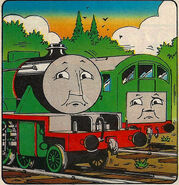 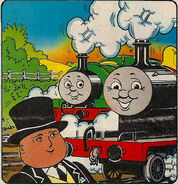 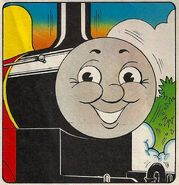 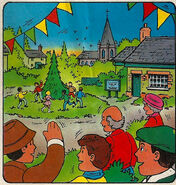 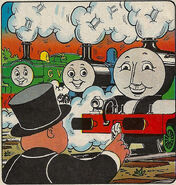 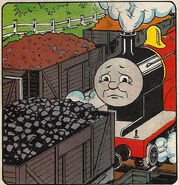 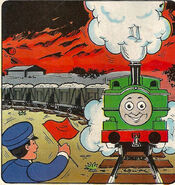 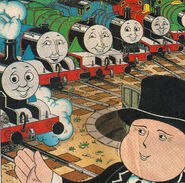 Add a photo to this gallery
Retrieved from "https://ttte.fandom.com/wiki/The_Backlog?oldid=1731605"
*Disclosure: Some of the links above are affiliate links, meaning, at no additional cost to you, Fandom will earn a commission if you click through and make a purchase. Community content is available under CC-BY-SA unless otherwise noted.