“Having all my friends here is the best present of all!”
―Hiro

The Best Present of All

The Best Present of All is a magazine story illustrated using photographs from the CGI television series. It was later published in the 2012 Thomas Annual and 2013 Thomas Annual.

Hiro is visiting Sodor for a holiday. Percy suggests that they hold a party and Thomas wants to get him a present. Thomas goes to tell all the engines about the party. At the same time, he is also looking for something to give to Hiro. First, he meets Emily and tells her about the present, but not about the party. The same thing happens with Victor, Gordon, and Henry. Soon, Thomas is chuffing to Hiro's party when he remembers that he has not told any of the other engines about it. He hastily puffs back round the island and tells his friends. Thomas is now very tired and upset, as he has not found a present for Hiro. Hiro does not mind, being with all his friends is the best present of all. 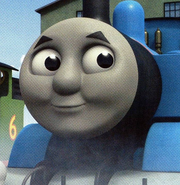 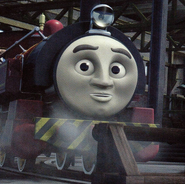 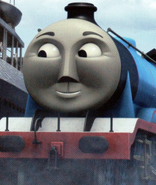 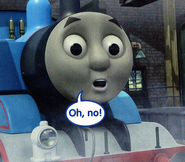 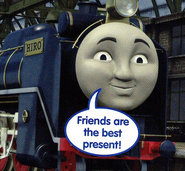 Add a photo to this gallery
Retrieved from "https://ttte.fandom.com/wiki/The_Best_Present_of_All?oldid=1770364"
*Disclosure: Some of the links above are affiliate links, meaning, at no additional cost to you, Fandom will earn a commission if you click through and make a purchase. Community content is available under CC-BY-SA unless otherwise noted.