Thomas is often seen with the No. 5 red engine, James! He has a fine scarlet coat and thinks of himself as a Really Splendid Engine. To celebrate the friendship between Thomas and James enjoy 20 fantastic James episodes, from the classic live action to the all new animation.

Bust my buffers it's James! 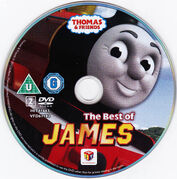 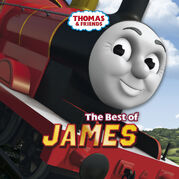