The Carriage Café is a magazine story.

One day, Edward is pulling a passenger train on his branch line. Edward rounds the bend towards a station when someone suddenly rings the alarm bell. Edward's driver applies the brakes and is relieved to find that it is only a carriage door which has swung open. Unfortunately, the door is broken. The driver and stationmaster inspect the carriage. They say that the carriage is too old and it was lucky that no-one was sat near the broken door. Thomas is sent for to move the carriage into a siding once it has been uncoupled from Edward's train.

The next day, Edward spots the carriage still looking sad and lonely in the station siding. Edward's driver tells Edward that it is likely that the carriage will be sold for scrap now that it has been taken out of service.

Meanwhile, Thomas is on the seaside run when he sees thick, black smoke ahead. Thomas slows down and, as he approaches, he can see that the seaside café is ablaze. Firemen are battling the fierce fire and Thomas cannot pass until they have extinguished it. The café owner is a retired engine driver and he is very sad to see his business burning to the ground.

That evening, Thomas tells Edward his worries regarding the poor café owner. Edward is just as worried about the poor, broken coach. This gives Thomas an idea; he has thought of a way to help them both.

The next morning, Thomas shares his brilliant idea with the Fat Controller who rings the café owner at once. The old carriage is then sent to the works for a very special refit. After the refit is complete, Thomas delivers the old carriage to a seaside siding. The café owner is waiting for them and wastes no time in hanging up as sign which reads "Carriage Café Open". Thomas thinks the new carriage café is splendid. 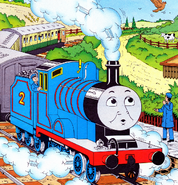 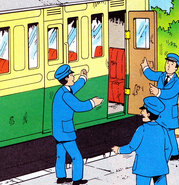 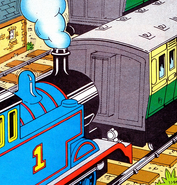 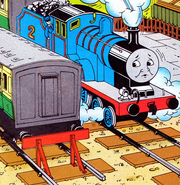 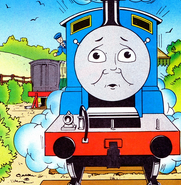 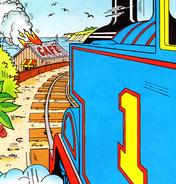 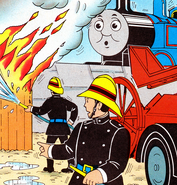 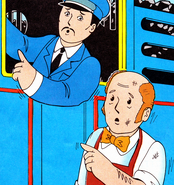 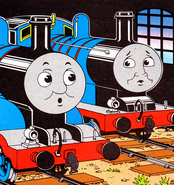 Add a photo to this gallery
Retrieved from "https://ttte.fandom.com/wiki/The_Carriage_Caf%C3%A9?oldid=1685423"
Community content is available under CC-BY-SA unless otherwise noted.