The Complete Series 18 is a two-disc UK DVD set containing all twenty-six episodes from the eighteenth series. A bonus disc of Dinos and Discoveries is included for the last six episodes of the series.

Thomas and his friends return in the Complete Series 18, with all episodes together on DVD for the first time! Thomas and Duncan handle some very grumpy passengers, while Salty's spooky story has the engines running scared. Bill and Ben are up to mischief once again, Annie and Clarabel encounter high-speed adventures and Spencer is delighted to pick up a very important passenger from the mainland! Then it's a race against time when the engines work together to clear the snow from the tracks in time for Christmas. Join Thomas and his friends with more fun adventures! 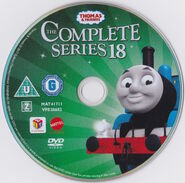 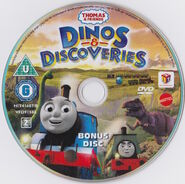 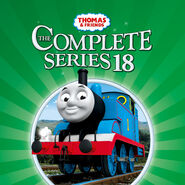 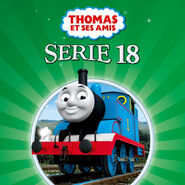 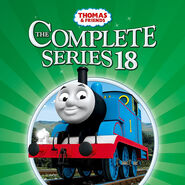 Google Play cover
Add a photo to this gallery

Bonus disc Really useful certificate screen
Add a photo to this gallery
Retrieved from "https://ttte.fandom.com/wiki/The_Complete_Series_18?oldid=1896234"
*Disclosure: Some of the links above are affiliate links, meaning, at no additional cost to you, Fandom will earn a commission if you click through and make a purchase. Community content is available under CC-BY-SA unless otherwise noted.