The Dinosaur is a magazine story.

A new Dinosaur Park exhibit is opening at the Sodor Museum. Huge model dinosaurs are being built and Thomas has been helping. For weeks, he has been carrying workmen and equipment to and from the museum. It is not long before the Dinosaur Park is nearly ready to open.

Later on, Thomas collects the crane truck from the Works. Everyone stares in surprise as Thomas clatters past. Children point excitedly at the dinosaur Thomas appears to be pulling on a flatbed. Soon, Salty, Harvey and all the other engines see it too. They cannot believe their eyes. In no time, everyone on Sodor knows about Thomas and his dinosaur. The museum manager is delighted.

Sure enough, on opening day, a huge crowd gathers at the Dinosaur Park. Thomas carries the passengers on the dinosaur special. His carriages are filled with people eager to see Sodor's latest attraction. The museum manager is over the moon and it is all thanks to Thomas. 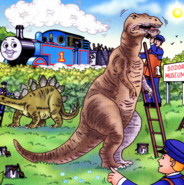 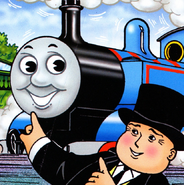 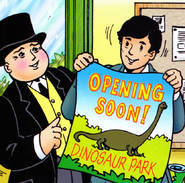 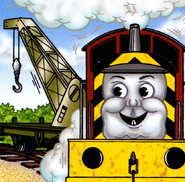 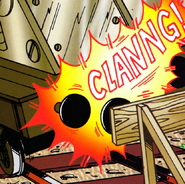 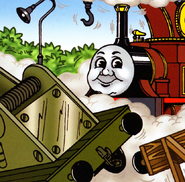 Add a photo to this gallery
Retrieved from "https://ttte.fandom.com/wiki/The_Dinosaur?oldid=1899535"
*Disclosure: Some of the links above are affiliate links, meaning, at no additional cost to you, Fandom will earn a commission if you click through and make a purchase. Community content is available under CC-BY-SA unless otherwise noted.