“You didn't say it was a cuckoo clock!”
―the Fat Controller

The Engine Clock is a magazine story.

One morning, the Fat Controller arrives in the yard to tell his engines that it will soon be the stationmaster's birthday and they should think about ideas for a surprise present. Suddenly, they all hear a loud crashing noise. The Fat Controller goes to find out what it is and it turns out that the waiting room clock has fallen off the wall. The clock is badly damaged. The Fat Controller knows they will have to get another clock quickly so the passengers know what time to catch their trains.

The Fat Controller hurries to his office to ring a clock maker. The clock maker only has one spare clock in his shop at the moment and Edward rushes off to fetch him. The clock maker is waiting at the station when Edward arrives.

When they arrive back at the main station, the new clock is fixed to the waiting room wall. The engines in the yard are still thinking about the surprise present for the stationmaster when they hear a strange noise. In the waiting room, a bird keeps popping out of the replacement clock, singing loudly and the Fat Controller is not happy about it. The clock maker says it will have to do until the new parts for the old waiting room clock are ordered.

Two weeks later, the waiting room clock is ready to be hung again. When the clock maker arrives, he has another parcel which the engines and the Fat Controller keep quiet about until the stationmaster opens it on his birthday. A little engine pops out of the stationmaster's clock and peeps loudly. The engines all sing happy birthday and the stationmaster thanks them all for his splendid clock. 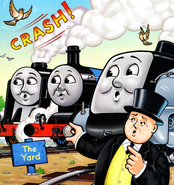 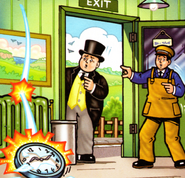 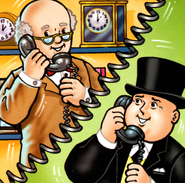 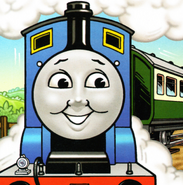 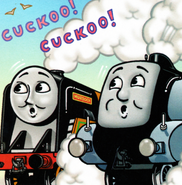 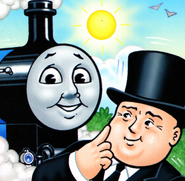 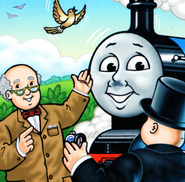 Add a photo to this gallery
Retrieved from "https://ttte.fandom.com/wiki/The_Engine_Clock?oldid=1737640"
*Disclosure: Some of the links above are affiliate links, meaning, at no additional cost to you, Fandom will earn a commission if you click through and make a purchase. Community content is available under CC-BY-SA unless otherwise noted.