The Fat Controller is anxious to know who is the most useful out of Thomas, James, and Henry. There is a special event happening on Sodor Moor and the winner will get to take passengers to it. Just then, Percy chuffs into the main station claiming to have seen a "flying teapot" floating over the sea, towards Sodor. Thomas laughs so much at Percy's story that he pulls away without Annie and Clarabel and James forgets to stop at the platform. Henry cannot stop laughing either and he forgets to take on more coal. The Fat Controller is angry with all of them and gives the special job to Percy.

The special event turns out to be a hot-air balloon rally and there, in the sky, is Percy's flying teapot. He has been right all along and has a wonderful day out. 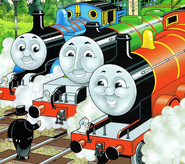 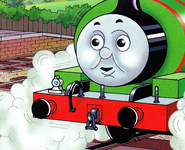 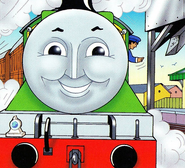 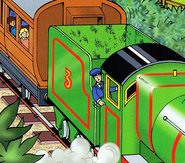 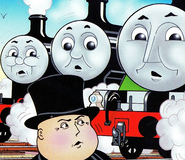 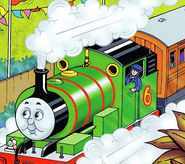 Add a photo to this gallery
Retrieved from "https://ttte.fandom.com/wiki/The_Flying_Teapot?oldid=1732719"
*Disclosure: Some of the links above are affiliate links, meaning, at no additional cost to you, Fandom will earn a commission if you click through and make a purchase. Community content is available under CC-BY-SA unless otherwise noted.