“It's a pity you can't go any faster with your slow caterpillar treads. Why, any engine could leave you standing!"
"Cheek!”
―Thomas and Terence

The Hay Engine! is a magazine story.

It is summer on Sodor, and whilst working on his branch line Thomas often passes Terence working in the fields making hay. He watches as Terence pulls a special machine that turns the loose hay into hay bales. Terence says that not only engine work hard during the summer, and Thomas cheekily teases his slow speed.

When Thomas passes later on, he sees a large shape in the field. He asks Terence why the farmers are making a hay house, and Terence explains that it is in fact a haystack. During their conversation one of the farmers drops a hay hale, and it falls and lands on Terence, covering him in hay. Thomas laughs and calls him a 'hay tractor', and puffs on his way.

The farmer tells Terence there's more hay to cut in another field. When they prepare to stack the bales Terence has an idea, and the farmer agrees. Meanwhile, Thomas is away pulling the Seaside Special, so he does not see Terence for some time.

When Thomas returns to his branch line and passes the field, he gets a big surprise- the hay stack is shaped like an engine. Terence explains that he thought of it after he was called a hay tractor, and that he may move slowly, but the 'hay engine' does not move at all. 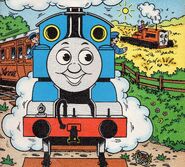 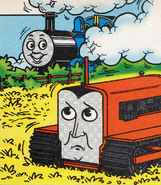 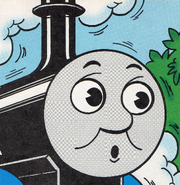 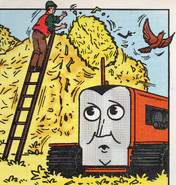 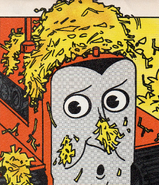 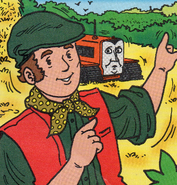 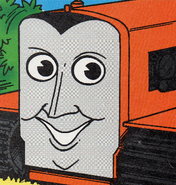 Add a photo to this gallery
Retrieved from "https://ttte.fandom.com/wiki/The_Hay_Engine!?oldid=1338581"
*Disclosure: Some of the links above are affiliate links, meaning, at no additional cost to you, Fandom will earn a commission if you click through and make a purchase. Community content is available under CC-BY-SA unless otherwise noted.