The Hut that Walked by Itself

The Hut that Walked by Itself is the fourth and final story in the 1993 Annual.

High winds whistling around the sheds keep the big engines awake one night. Next day, Gordon has a near miss when a workmen's hut "walks" along the platform by itself, with the help of the wind. 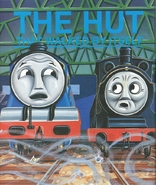 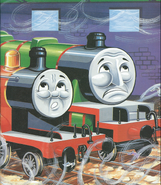 Add a photo to this gallery
Retrieved from "https://ttte.fandom.com/wiki/The_Hut_that_Walked_by_Itself?oldid=1716033"
Community content is available under CC-BY-SA unless otherwise noted.