The Island of Sodor:
Its People, History and Railways

The Island of Sodor: Its People, History and Railways is a book written by the Rev. W. Awdry and his brother George Awdry and illustrated by Clive Spong. It was first published in 1987 as a hardcover book and was reprinted in 1992 as a spiral-bound book with a map of Sodor.

This is a book about Sodor, taking a scholarly approach to its history, geography and industry, which could not be discussed in the children's literary confines of The Railway Series. Most background information on the locations, people, railways, and engines in The Railway Series comes from this book.

The book was the fruit of Awdry's desire to create a credible and consistent world for his stories. He began this project by creating maps of Sodor, upon which he then expanded. Awdry and his brother George, who was the librarian of the National Liberal Club, worked out the details of Sodor, producing between them a comprehensive set of notes. These notes were compiled and published in this book.

Despite its popularity with Thomas fans, The Island of Sodor has been out of print since 1992.

Christopher Awdry repeatedly requested Heinemann and Egmont, the publishers who owns the book right, to reprint the book, but they did not reprint.[1] So he offered to buy the copyright of the book, but this too has been refused.[1] Christopher decides to write a new information book. It was published as Sodor: Reading Between the Lines from his publisher in May 2005 to celebrate the 60th anniversary of the Railway Series.

The book without its dust jacket

A copy of the book signed by Wilbert Awdry 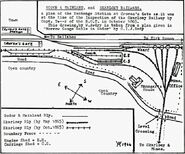 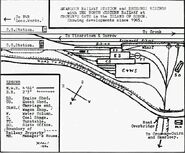 The Railway Series
Retrieved from "https://ttte.fandom.com/wiki/The_Island_of_Sodor:_Its_People,_History_and_Railways?oldid=1793952"
*Disclosure: Some of the links above are affiliate links, meaning, at no additional cost to you, Fandom will earn a commission if you click through and make a purchase. Community content is available under CC-BY-SA unless otherwise noted.