“I was very low on fuel and barely had two minutes' flying time left! I was desperate for a safe landing place and without your help, I'd never have found one in time!”
―the pilot to Toby and his driver

The light aircraft is a small plane that once ran low on fuel while flying over the Quarry Tramroad. Toby helped the aircraft land safely in a field near the line. The pilot of the aircraft was very grateful and Toby took the distressed pilot to a nearby airfield to collect some more fuel.

The light aircraft is painted yellow and cream. 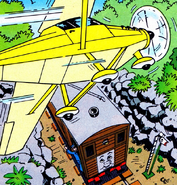 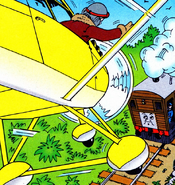 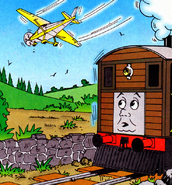 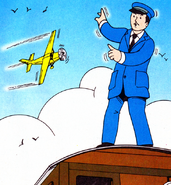 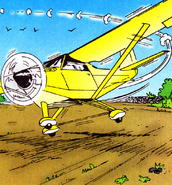 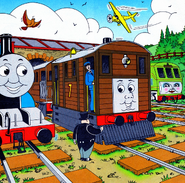 Add a photo to this gallery
Non-rail vehicles
* RWS only | ** T&F only | *** Other Media only
Retrieved from "https://ttte.fandom.com/wiki/The_Light_Aircraft?oldid=1637606"
*Disclosure: Some of the links above are affiliate links, meaning, at no additional cost to you, Fandom will earn a commission if you click through and make a purchase. Community content is available under CC-BY-SA unless otherwise noted.