“I'm not a Really Useful Engine now! I wouldn't be surprised if the Fat Controller closes by branch line altogether!”
―Thomas

The Little Line is a magazine story.

Because of his fretting, Thomas is rough with the trucks. The next day he accidentally runs into some buffers, and makes all kinds of silly mistakes. He starts thinking the Fat Controller will close down his entire branch line. Meanwhile Percy tells the other engines about what Thomas said. The engines all agree that this is a terrible situation, and Gordon comes up with a plan.

Thomas is sent to the Big Harbour to collect Stephen and a parcel. While he is away the engines unite and Gordon's plan is put into action - they all go on strike.

The Fat Controller arrives to see what's going on, and finds out about what Thomas heard. He starts to clarify the confusion, when Thomas returns. The Fat Controller gives Stephen the parcel, which is revealed to be a model of Thomas with a set of tracks. He explains that the toy is Stephen's birthday present, and that's what he was talking about on the phone.

Thomas is very embarrassed, and as they sing 'Happy Birthday' to Stephen he says that knowing his line is safe is the best present of all. 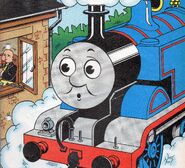 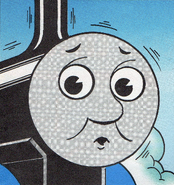 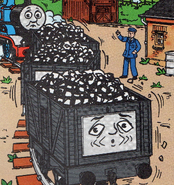 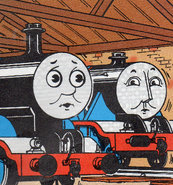 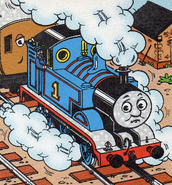 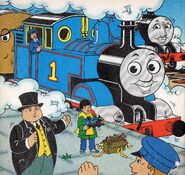 Add a photo to this gallery
Retrieved from "https://ttte.fandom.com/wiki/The_Little_Line?oldid=1732579"
*Disclosure: Some of the links above are affiliate links, meaning, at no additional cost to you, Fandom will earn a commission if you click through and make a purchase. Community content is available under CC-BY-SA unless otherwise noted.