“You are behaving as if it's your last day here!”
―Thomas to Annie and Clarabel

Thomas the Tank Engine
and Friends 14

The New Coaches is a magazine story. 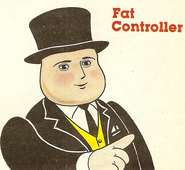 Add a photo to this gallery
Retrieved from "https://ttte.fandom.com/wiki/The_New_Coaches?oldid=434387"
Community content is available under CC-BY-SA unless otherwise noted.