Thomas the Tank Engine
and Friends 57

“It just proves that even a naughty engine like Diesel can be good if other engines are good to him.”
―The Fat Controller

The Party is a magazine story. The first half of this story is called Diesel's Christmas.

The day's work is done and the engines are to have a party at the sheds while the Fat Controller holds a party at a hotel near the main station.

Meanwhile, Diesel is stood in a siding all cold and alone and snow is falling down on him. He thinks everyone has forgotten about him, but he is wrong. James says that he is glad that Diesel is on his own after he told stories about him, but Edward says that it is Christmas and that they should feel sorry for him and invite him to the party. The other engines do not agree with him at first, but he persuades them that they should forgive Diesel.

So, Edward and his crew go to look for him. Diesel is pleased to be found and when they return to the sheds, the other engines are all nice to him. Soon they are all fast asleep.

In the end, it proves that even a naughty engine like Diesel can be good if other engines are good to him. 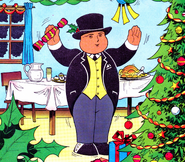 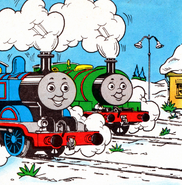 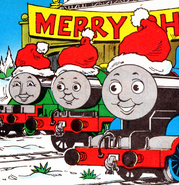 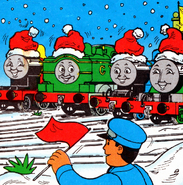 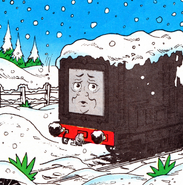 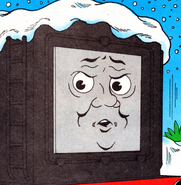 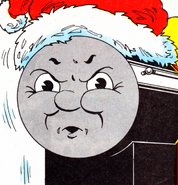 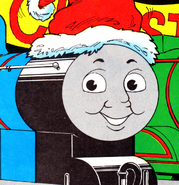 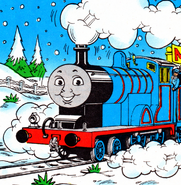 Polski
*Disclosure: Some of the links above are affiliate links, meaning, at no additional cost to you, Fandom will earn a commission if you click through and make a purchase. Community content is available under CC-BY-SA unless otherwise noted.