Thomas the Tank Engine
and Friends 18

“We must not let this happen again!”
―The inspector

The Runaway is a magazine story.

Thomas the Tank Engine falls ill, and he has to be taken to the works because the workmen have not been successful at making him feel better. While Thomas is away, Duck is happy to help Percy and Toby. He also helps pull Annie and Clarabel, who compliment his nice manners because he is very gentle to them.

When Thomas returns feeling better, the coaches tell him how well Duck had manage to take care of them, which makes him forget to be jealous of him. However there is one problem – his handbrake is very stiff, which makes his brakes seems like they are on, when they are not. This leads to a result of causing Thomas to often over-run the platform, which he finds very embarrassing, and his crew eventually learn to be extra careful with the brakes.

But one day, Thomas’ fireman has fallen ill and a relief man takes his place while he is away. However the new fireman forgets about Thomas’ handbrake, as Thomas slowly starts to move away from the station – much to the surprise of everyone, who are left behind.

Soon the alarm goes off down the line, and Harold the Helicopter is ready for action to find Thomas with the inspector on board! As Thomas starts to slow down, he sees Harold landing near the next station. The inspector then carefully jumps into his cab and screws the brake hard on. And at last, Thomas comes to a stop – much to their relief and thanks Harold for his rescue action. Thomas wearily agrees as the inspector tells him that they must not let it happen again. 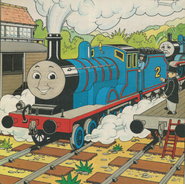 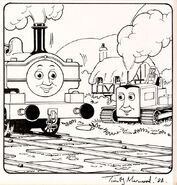 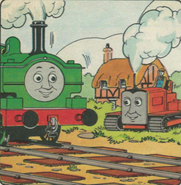 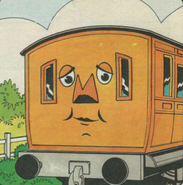 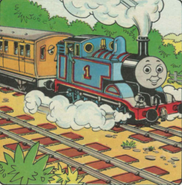 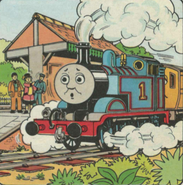 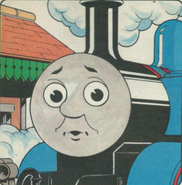 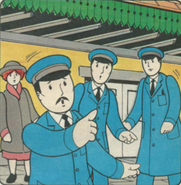 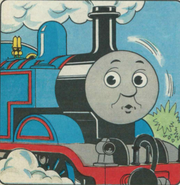 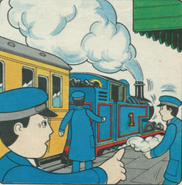 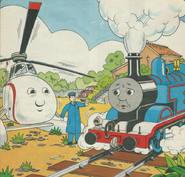