“The Fat Controller did remember us!”
―Henry

December 19th, 2007
The Santa Engine is a magazine story.

James proudly pulls the Christmas Special which is a train full of railway staff and their families travelling to the main station for a Christmas party. No sooner have the passengers stepped out of the train when there is a faint sound of bells. It is Santa arriving in his sleigh being towed by two magnificent reindeer. He then hands out presents to the hard working staff and their families.

When the party is over and James has taken the party-goers home, he returns to the sheds. The other engines are jealous and wish they could have been at the party. The next morning, after all of the engines have gone to work, James goes to see the Fat Controller. James tells him that the engines are grumbling, but the Fat Controller assures James that he has not forgotten about the hard working engines. He tells the bright red engine that he has organised the engines a party at the shed and James reveals that he has an idea to make it an even bigger surprise.

Later, the engines return to find their sheds all lit up and decorated. The Fat Controller thanks the engines for their hard work as James pulls in. He is decorated and sports a sign reading "Santa Special". Just then, Santa steps down from James' carriage with a sack containing presents for the engines. 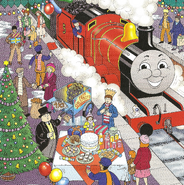 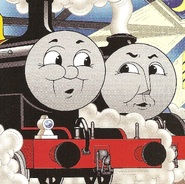 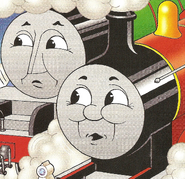 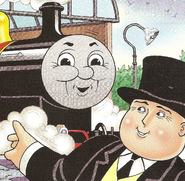 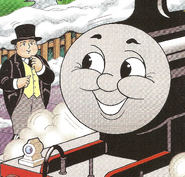 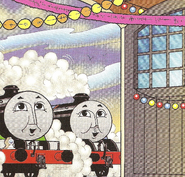 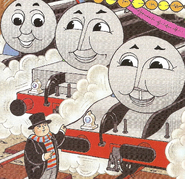