“You're a crafty one, Old Farmer Collett!”
―Henry's driver

The Scarecrow Competition! is a magazine story.

One of Henry's driver's friends, Farmer Collett, is plagued by crows who eat his seeds even though there is a scarecrow in his field. Henry soon learns that the farmer is holding a scarecrow competition, which is seen to be a success when Henry passes the field and finds it full of scarecrows. 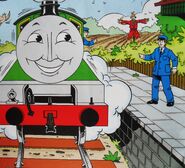 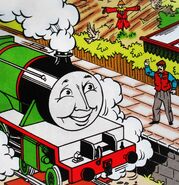 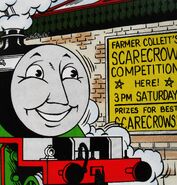 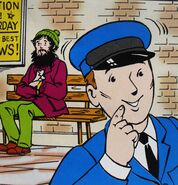 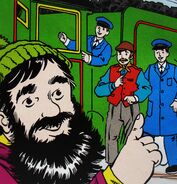 Add a photo to this gallery
Retrieved from "https://ttte.fandom.com/wiki/The_Scarecrow_Competition!?oldid=1683950"
*Disclosure: Some of the links above are affiliate links, meaning, at no additional cost to you, Fandom will earn a commission if you click through and make a purchase. Community content is available under CC-BY-SA unless otherwise noted.