The Talking Horse is a magazine story.

The Fat Controller is going to play a magician in the Sodor pantomime. Thomas and Gordon watch as he pulls a big bunch of flowers out of his hat. Thomas is puzzled and Gordon tells him that Sir Topham's cast a magic spell. Thomas believes every word.

Later, collecting passengers on his branch line, Thomas passes some horses. He whistles a friendly hello and the horses whinnie back to him in reply.

At the next station, there is a horse on the platform. It is bright red with white spots. Thomas has never seen such a bizarre looking horse. When Thomas pulls up, the horse shouts out to a woman. Thomas is amazed as he's never met a talking horse before and he concludes that the Fat Controller must have cast a spell on it. Thomas speeds off; he has to find the Fat Controller to get him to reverse the spell. Thomas speeds straight past Emily who has just had a wash-down. Thomas sprays her with muddy water and she is not at all happy.

Thomas arrives at the Main Station and finds the Fat Controller who is not at all happy. Thomas has caused confusion and delay everywhere he's been. Thomas explains about the talking horse, but the Fat Controller tells him there are two men inside it - it's a pantomime horse.

When Gordon hears about how his teasing had upset his little friend, he apologises to Thomas. Gordon knows how to cheer Thomas up and asks the Fat Controller to show him the pantomime.

That evening, the cast perform their show in front of Thomas. The little tank engine finally cheers up. The pantomime has worked like magic. 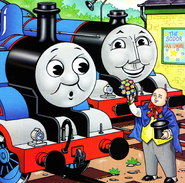 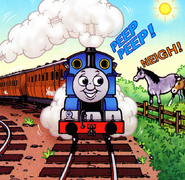 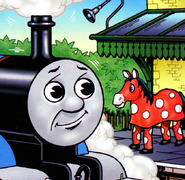 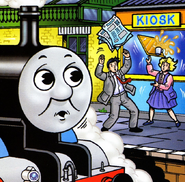 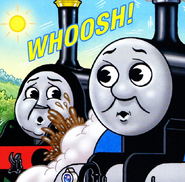 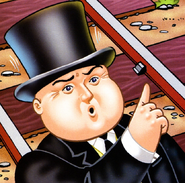 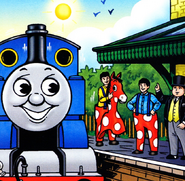 Add a photo to this gallery
Retrieved from "https://ttte.fandom.com/wiki/The_Talking_Horse?oldid=1641858"
Community content is available under CC-BY-SA unless otherwise noted.