The Technology Fair was an event held at Ulfstead Castle showcasing inventions, including engines, from around the world. It appears in A New Arrival and World of Tomorrow, and shares its name with the latter episode.

A large Ferris wheel with coaches as gondolas was installed at the castle for the fair, and remained as a permanent fixture afterwards. 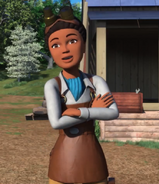 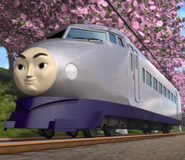 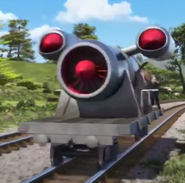 A poster for the Technology Fair at Vicarstown

A billboard for the Technology Fair along The Main Line

A banner for the Technology Fair flying over Ffarquhar 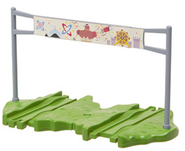 Capsule Plarail
Deutsch Español עברית
*Disclosure: Some of the links above are affiliate links, meaning, at no additional cost to you, Fandom will earn a commission if you click through and make a purchase. Community content is available under CC-BY-SA unless otherwise noted.
Advertisement