“Who needs a telescope? I can see everything with my own eyes very clearly!”
―The workman

The Telescope is a magazine story.

One day, the Fat Controller gives Duck the special task of taking a telescope to Highcliff Halt. A workman and the guard loaded the telescope's crate into a truck and climb aboard Duck. At Highcliff, Harold meets Duck and airlifts the crate to the top of the cliff. Duck's driver joins the workman and the guard and they all walk to the clifftop to unload Harold.

When the rescue is over, the workman returns to Highcliff Halt where he asks the stationmaster when the next train is due. The stationmaster replies that the next train is scheduled for seven o'clock. The workman is a bit concerned that he will not be home in time to take his son to cubs, but decides to go and have a look through the new telescope since he has plenty of time to waste. After looking at the sea, the workman turns his attention to the countryside. He enjoys spending time doing his favourite hobby, birdwatching. Then the workman spots Bertie winding his way up a narrow lane towards Highcliff. The workman thinks his luck is in as Bertie is bound to be heading back to town.

The workman dashes from the clifftop to the village in time to meet Bertie and he jumps on board. He sits at the front of the bus with another passenger. The workman tells the passenger that he has spent the day helping to set up a telescope. And although the workman was not sure at first, he now thinks that telescopes are really useful. 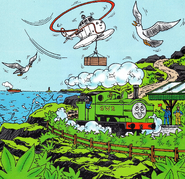 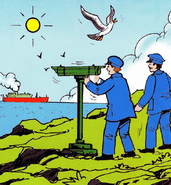 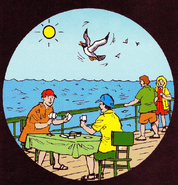 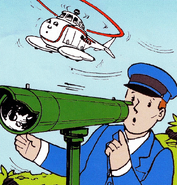 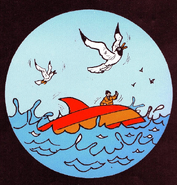 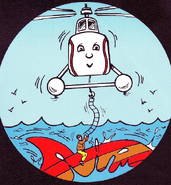 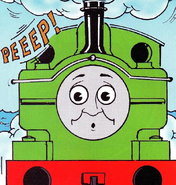 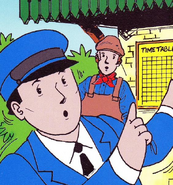 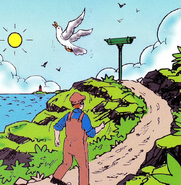 Add a photo to this gallery
Retrieved from "https://ttte.fandom.com/wiki/The_Telescope?oldid=1682567"
Community content is available under CC-BY-SA unless otherwise noted.