“You're just a scaredy-buffers, Percy!”
―James

The Viaduct! is a magazine story.

Workmen are working hard to open an old freight line and Percy is busy delivering equipment to a viaduct where workmen are laying new tracks. As Percy approaches the viaduct, he stares up at it. He feels dizzy and is determined that no one will make him go on the tall viaduct. That night, Percy cannot sleep and he tells James that the viaduct had made his wheels wobble just looking at it. James assures Percy that the viaduct is safe.

Later, James sets off from the main station yard with some trucks. On his way out of the yard, he cannot resist calling Percy a "scaredy-buffers." James steams along the newly opened line and across the viaduct, but as he is rounding a bend, his load shifts and one of his trucks topples off the rails. James' driver shuts off steam and applies the brakes before running to summon help.

At the station yard, the Fat Controller approaches Percy. He tells the little green engine that James urgently needs help. Percy is soon coupled up to the breakdown crane and he, the Fat Controller, and some engineers set off to help James. Percy hurries across the viaduct. He is so worried about James that he forgets to be frightened. Soon Percy meets James and the derailed truck. Percy explains that he had thought James had fallen off the viaduct and that is why he was so worried that he forgot to be frightened of the viaduct. James apologises to Percy for teasing him and Percy thanks James for curing his phobia of the viaduct. 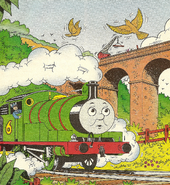 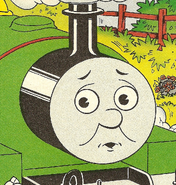 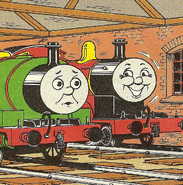 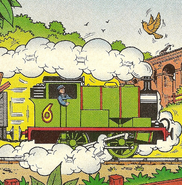 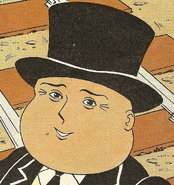 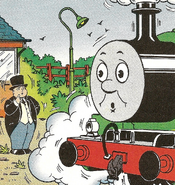 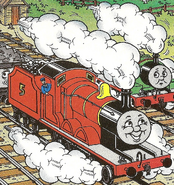 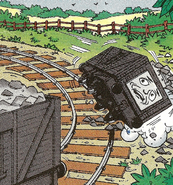 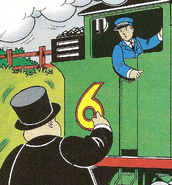 Add a photo to this gallery
Retrieved from "https://ttte.fandom.com/wiki/The_Viaduct!?oldid=1678699"
*Disclosure: Some of the links above are affiliate links, meaning, at no additional cost to you, Fandom will earn a commission if you click through and make a purchase. Community content is available under CC-BY-SA unless otherwise noted.