“You can't fool us!”
―Thomas to Percy

The Visitor is a magazine story.

Percy sees a new engine being unloaded from a boat, but the other engines do not believe him. They soon find out that the new engine is a visitor. The engine is to run an express line that has not been used in a while, but Gordon becomes angry at the fact that people think of him as really important. When the engine breaks down, Douglas takes his train while Donald helps him to the works. Gordon starts to tease him, but sees him upset and cheers him up. 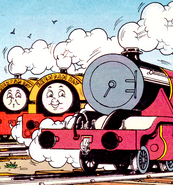 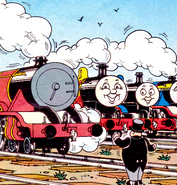 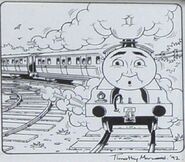 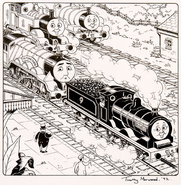 Add a photo to this gallery
Retrieved from "https://ttte.fandom.com/wiki/The_Visitor?oldid=1775705"
*Disclosure: Some of the links above are affiliate links, meaning, at no additional cost to you, Fandom will earn a commission if you click through and make a purchase. Community content is available under CC-BY-SA unless otherwise noted.