“I am sure the Fat Controller will get you a new whistle. He knows they are important.”
―Edward

Thomas' Present is a magazine story.

Early on Christmas Eve, Thomas steams out of his shed to start to work. He sees the vicar cycling by. Thomas likes to sound his whistle, but when his driver tries to blow his whistle, nothing happens and the fireman discovers that the whistle is frozen. They melt the ice using hot water but the ice damages the whistle and it still cannot make a sound. Later that day, the big engines such as Gordon, Henry and James hear about Thomas' whistle and they all laugh at him. But Edward cheers Thomas up by saying that the Fat Controller will surely give him a new whistle. 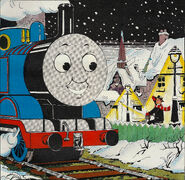 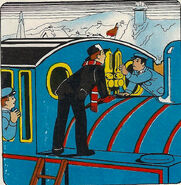 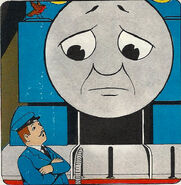 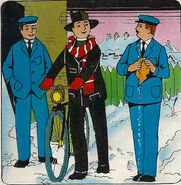 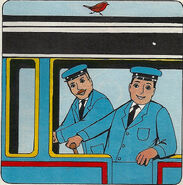 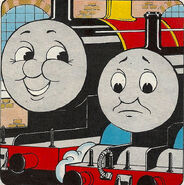 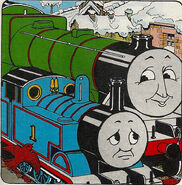 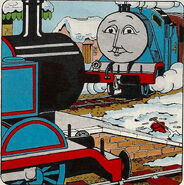 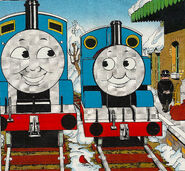 Add a photo to this gallery
Retrieved from "https://ttte.fandom.com/wiki/Thomas%27_Present?oldid=1257120"
*Disclosure: Some of the links above are affiliate links, meaning, at no additional cost to you, Fandom will earn a commission if you click through and make a purchase. Community content is available under CC-BY-SA unless otherwise noted.